Acadia Parish is the heart of the Cajun Prairie and home to Crowley - the rice capital of America. The first stop was the H. Rouse Caffey Rice Research Station, where rice experts shared how the rice production in Acadia Parish drives much of the regional economy, emphasizing the the importance of the rich indigenous rice industry has to Acadia Parish, Acadiana, and America. The LSU AgCenter shared some impressive 2016 Louisiana rice facts. 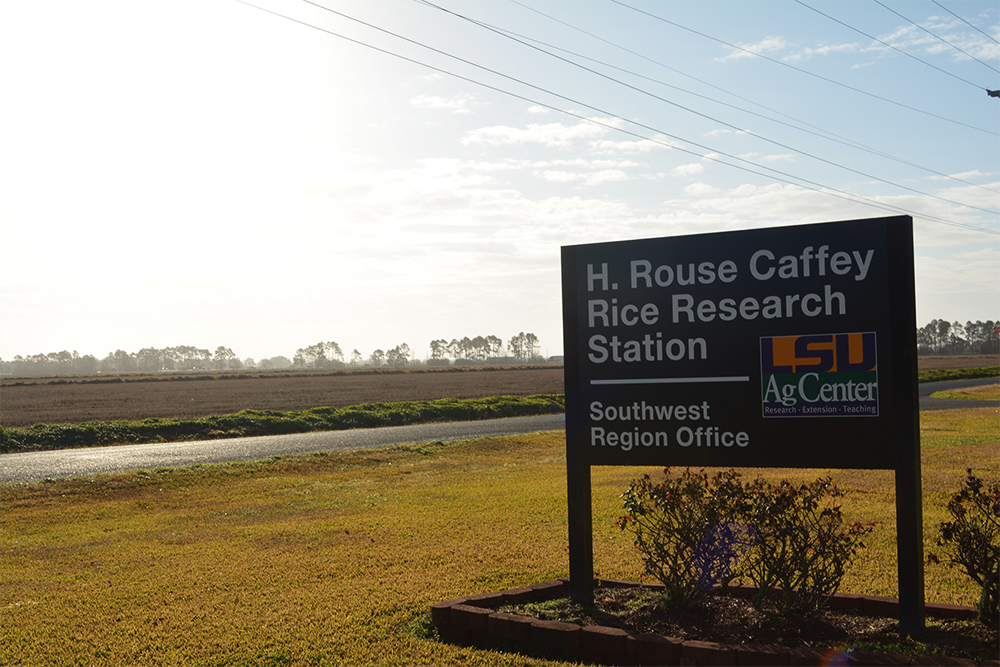 Notably, 4 of Louisiana’s top 10 Rice producing parishes are within the One Acadiana region, and Louisiana sat as the third top rice-producing state in the U.S., in 2016.

Next, the bus of business leaders arrived in Downtown Crowley for a tour of Crowley City Hall, built in the historic Ford Motor Model T dealership building. Right next door, the grandly renovated, 115-year-old Grand Opera House of the South was the backdrop where attendees learned first-hand insight into the momentous reconstruction of a city’s center. The panel featured a number of the area’s pioneers and officials: Greg Jones, Mayor of the City of Crowley, Isabella Delahoussaye, Former Mayor of the City Crowley; LJ Gielen, Owner, Rice Palace; and Ed Habetz, Founder and President., E.L. Habetz. Together they highlighted the strategic planning and strong collaboration it took to restore Crowley’s unique downtown area. Completing the restoration of downtown required patience, persistence, and shared vision, which has paid big dividends as the area attracts travelers from around the state, country, and world. 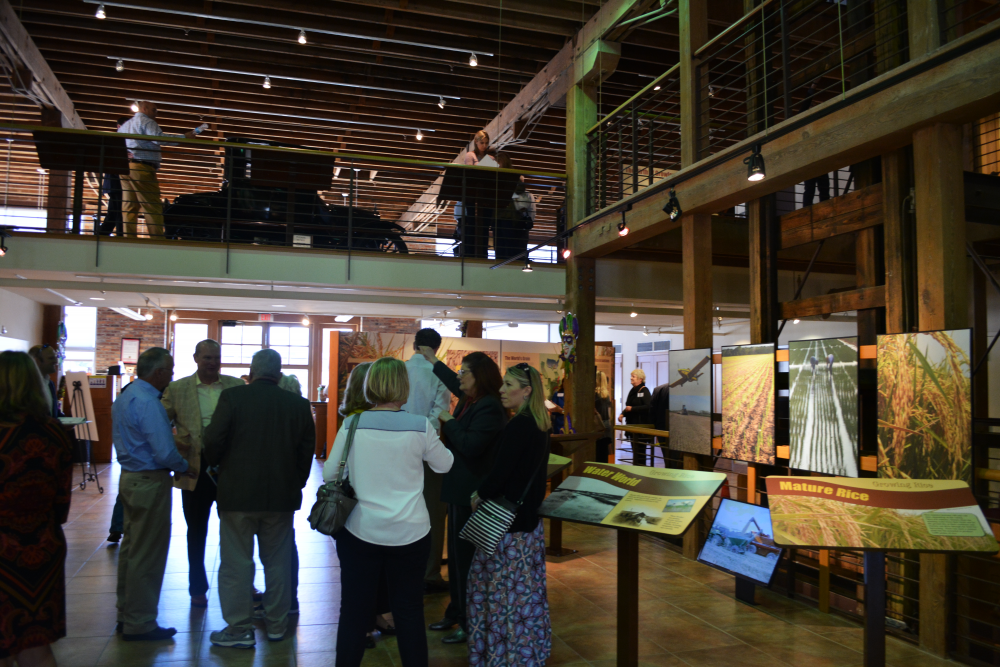 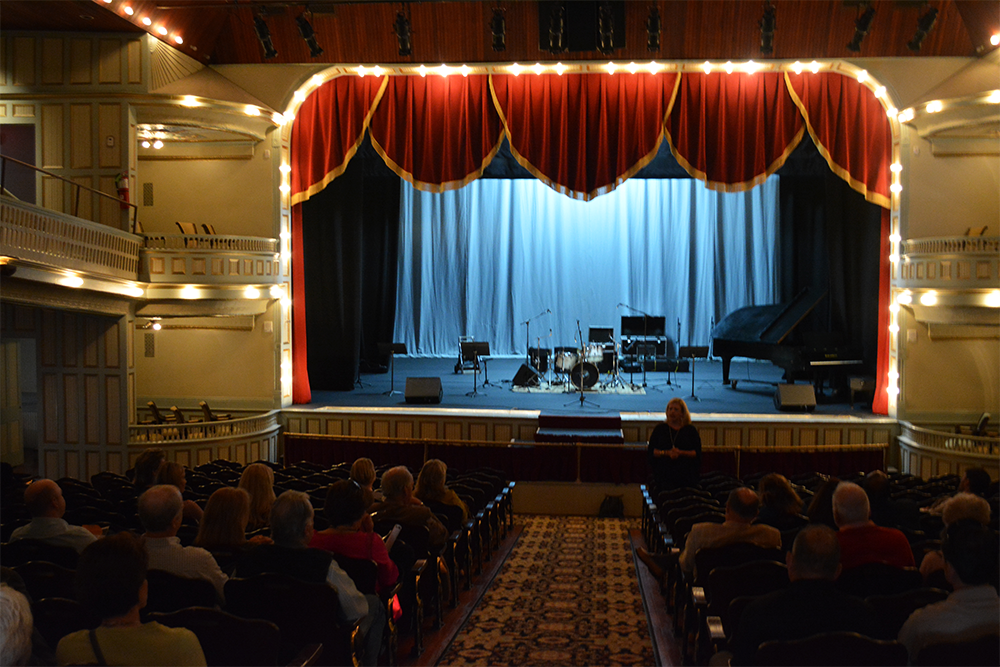 The afternoon leg of Day 1 brought the conference attendees to Jeff Davis Parish – where the first oil in Louisiana was drilled in 1901. This parish touts both the traditional and modern and has managed to blend art, industry, and small business in an impactful way.

The Zigler Art Museum, which doubles as Jennings’ City Hall Building, was stop number one. Combining the two hot-spots also required foresight and collaboration on the part of the parish’s leaders. The dual-location serves a larger benefit for the city’s tourism. 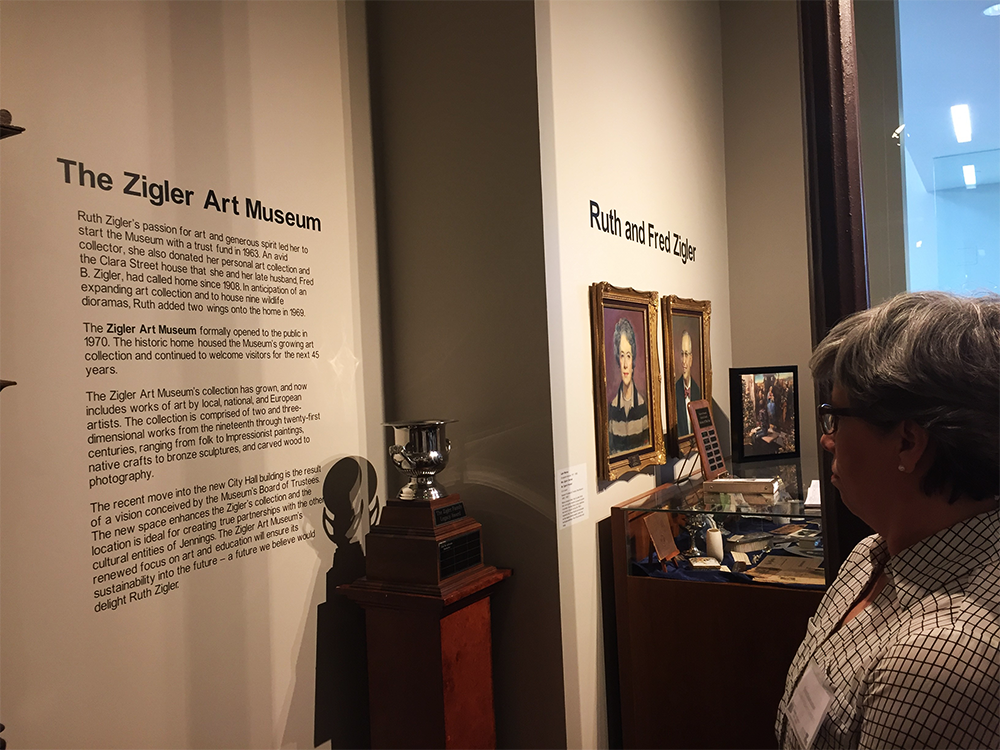 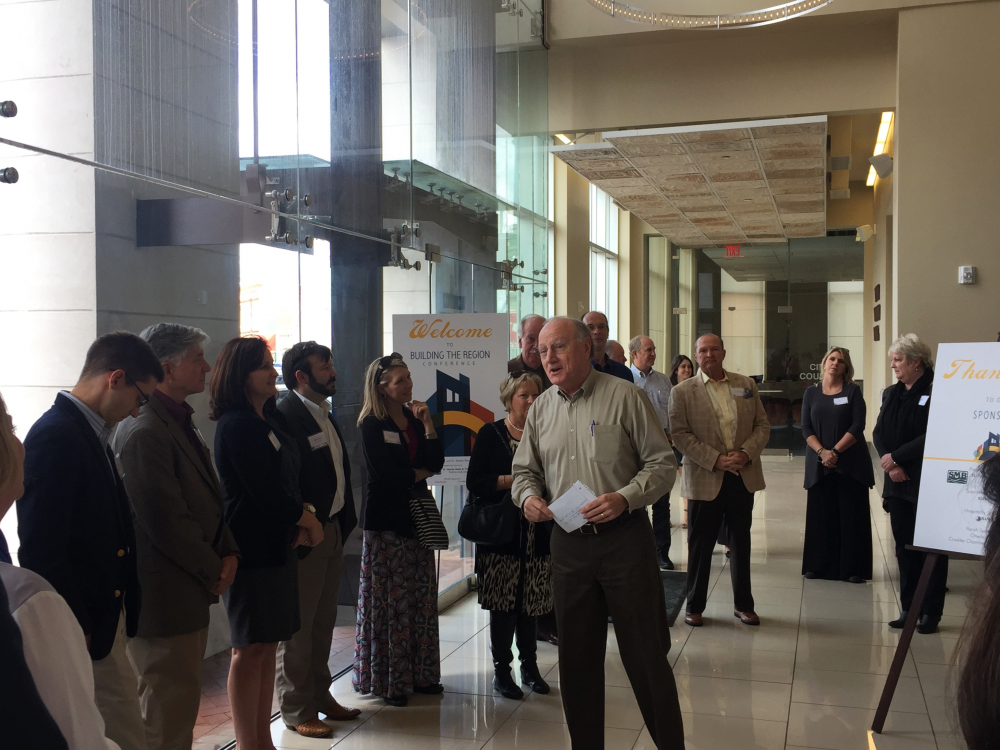 In addition to tourism, the manufacturing industry is growing in Jeff Davis with two large companies gaining notoriety: Zagis USA and Louisiana Spirits. Zagis USA is today’s leader in natural and synthetic textile fiber spinning. They established their base in Louisiana in 2007 with a $75 million investment and created 80 direct jobs. The textile manufacturer utilizes an estimated 15 to 20 percent of Louisiana's cotton crop to spin yarn, turning raw product into profit. The facility is one of the world's most modern, open-ended spinning plants, and has one of the lowest yarn production costs in the world, due in part to its access to Louisiana's cotton supply. 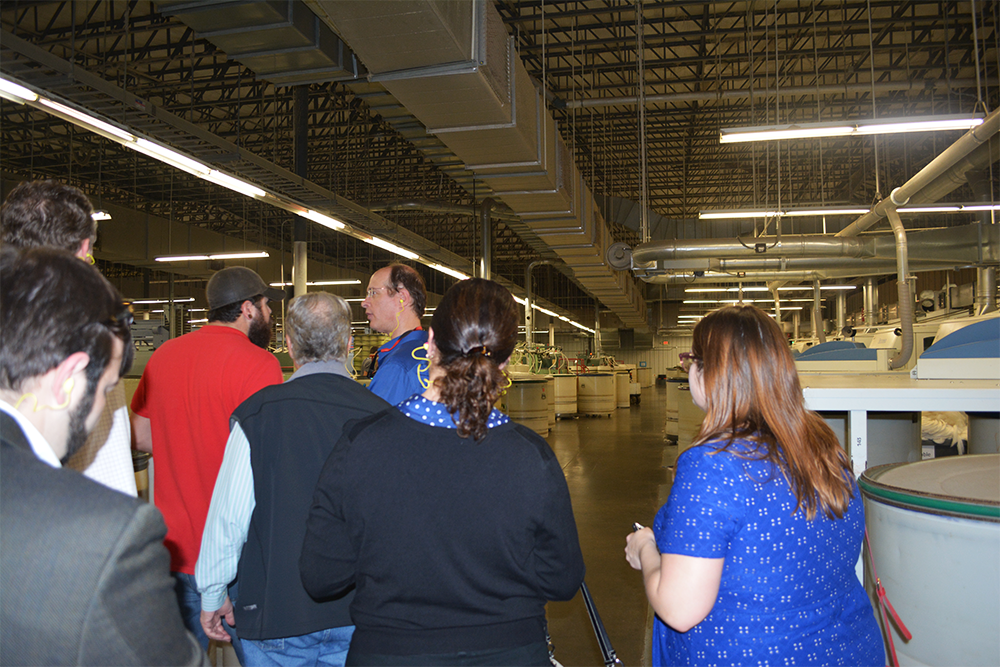 Next, attendees visited the largest privately-owned rum distillery in the country, which resides in Jeff Davis Parish. Louisiana Spirits is home to the Bayou Rum Distillery, and has attracted attention and garnered economic impact from far-and-wide since Bayou Rum was announced in 2013. 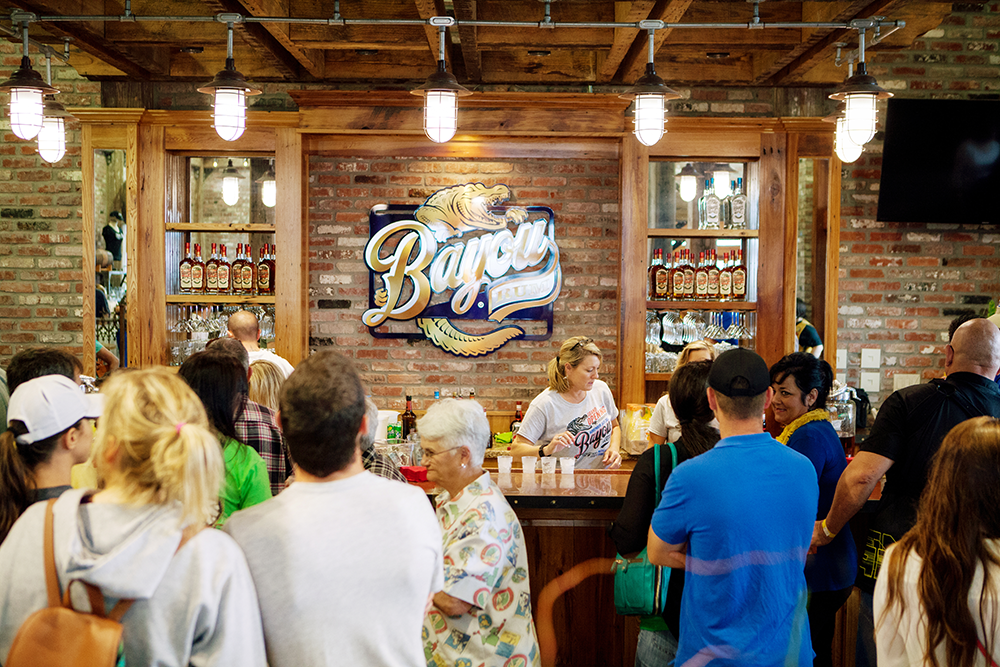 The distillery’s prime location in Lacassine, Louisiana is no accident. Founders Tim Litel, Skip Cortese, and Trey Litel worked closely with Jeff Davis economic developers to make their dream come true in the heart of south Louisiana. They wanted everything about the 18,000-square foot distilling facility to be done “in the wonderful spirit of Louisiana.” The distillery even features a gallery celebrating the state's historic role as a sugar cane producer and rum distiller, and a 109-year-old farmhouse (the first home built in Iowa, Louisiana). The 22.77 naturally-set acres, complete with ponds, cypress trees, and a sugar cane field, sit on I-10, ideally located between New Orleans and Houston.

St. Martin Parish, also known as the Crawfish Capital of the world, is a parish that has endured an economic downturn, and worked to turn things around through diversification. Through panels discussions and stops focused on economic development, diversification, and tourism, the past, present, and hopeful future of St. Martin was shared.

Once heavily reliant on the jobs and revenue provided by the Fruit of the Loom plant, large changes had to be made when the manufacturer announced they were shutting down operations. Officials sought out other companies to fill the manufacturing void, though as of 2017, the mill remains vacant. The steep loss of jobs and decline in property taxes paid to the parish left budgets tight and morale low, but a sense of defeat did not last long. 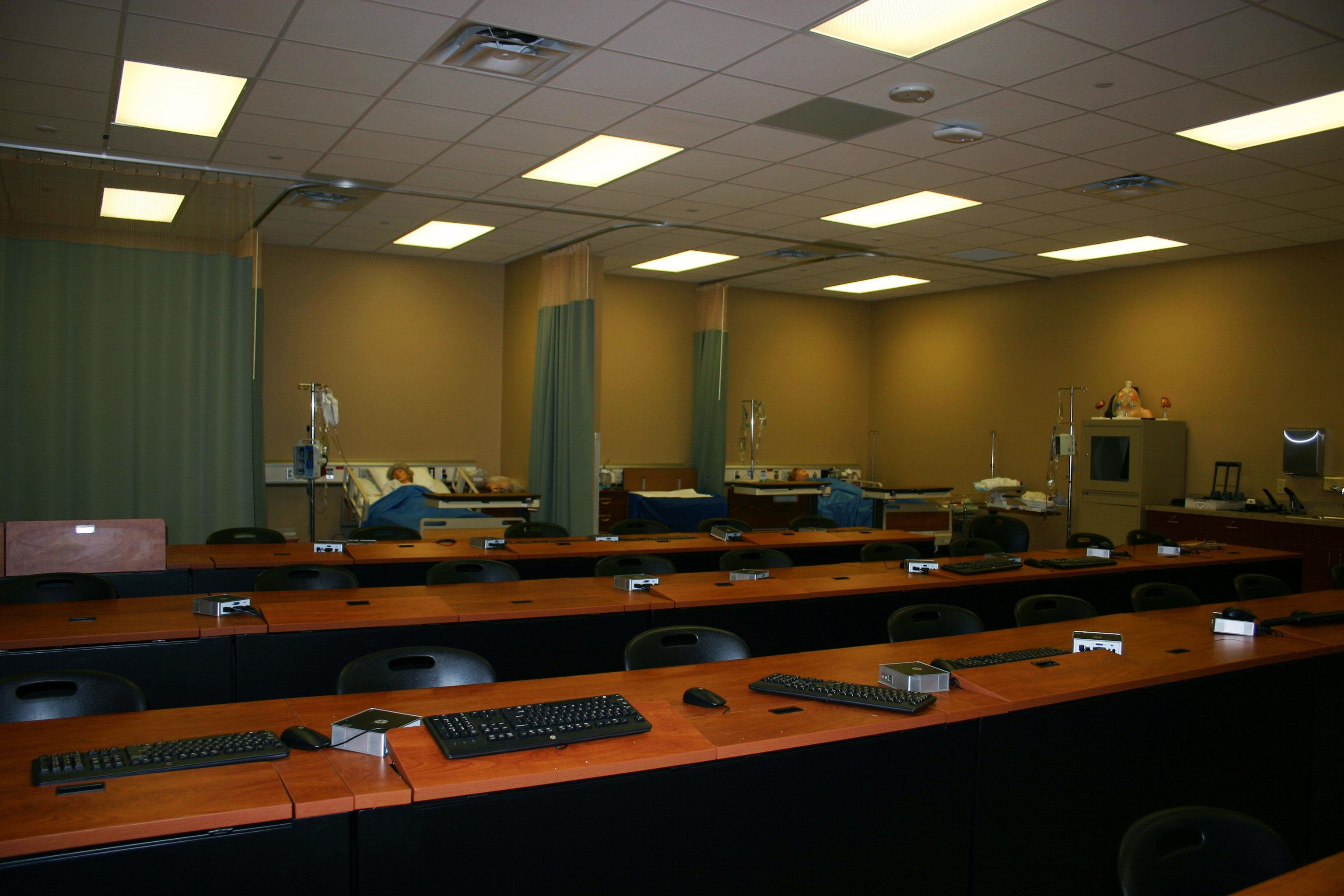 Across the street from the empty warehouse, proudly stands the South Louisiana Community College - Evangeline Campus, which the group toured. Program offerings in the SLCC Evangeline Campus include training for high-demand jobs like nursing and welding. With state of the art equipment and room for future planning, the community college is building a path to the future over the scars of the past at the very intentionally-placed campus. 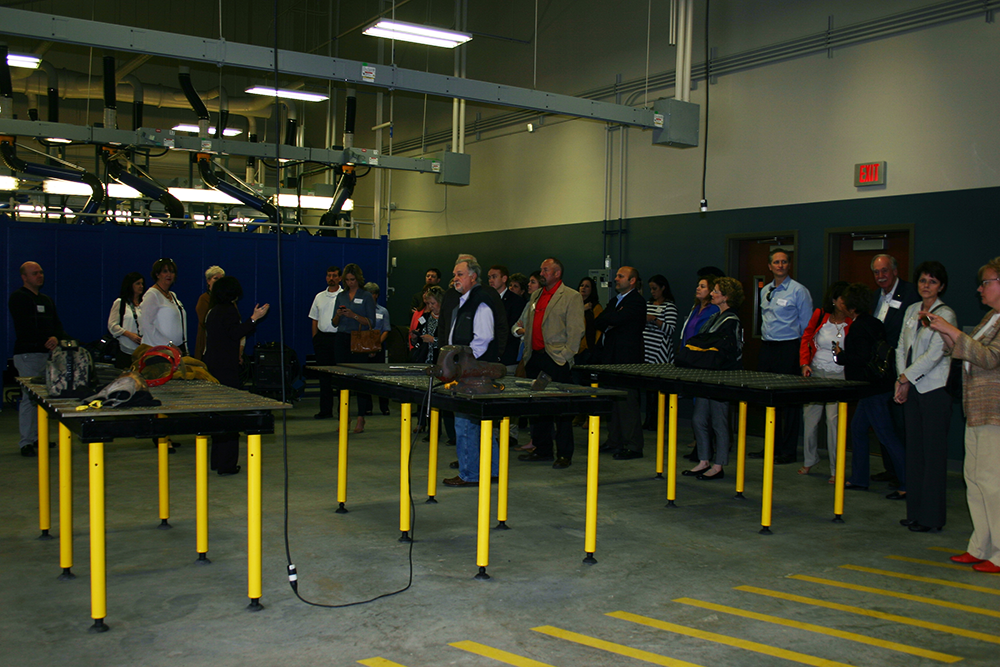 The last stop of the second day brought the business group to lunch at the notable Buck and Johnny’s in Breaux Bridge. The Italian restaurant is celebrated for its delicious, locally-sourced meals and beverages, as well as its remarkable location. Built in what was once the parts department of a Chevy dealership, the eatery features décor and memorabilia from the renovated dealership of yester-year. Owners David Buck and Johnny Raymond took the derelict dealership building and transformed it into what stands today. 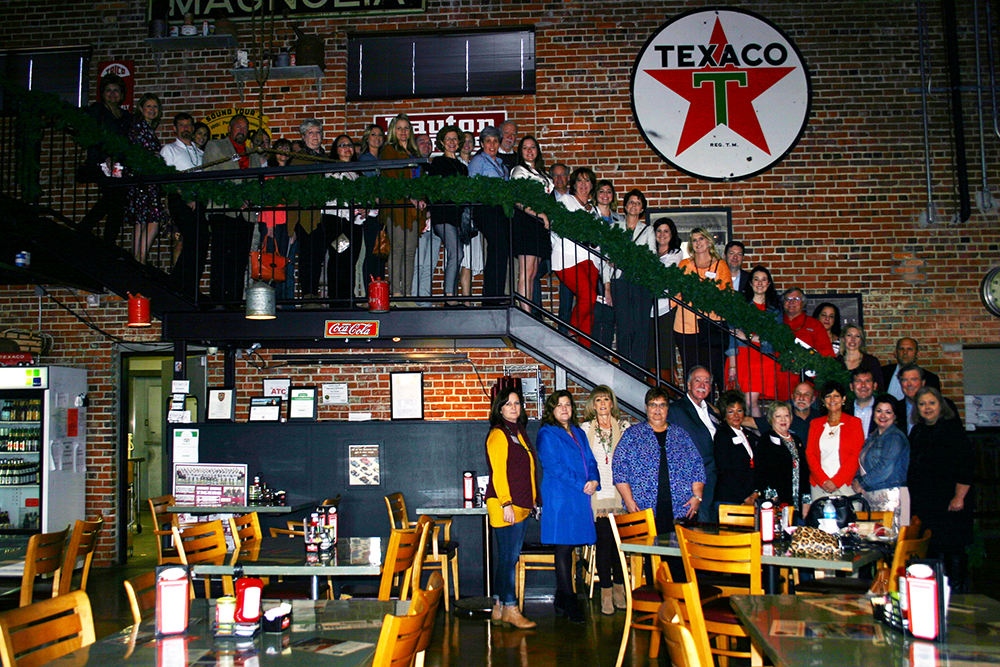 The Takeaways – Regional Cohesion to Move us Forward