Our recent Building the Region Conference gave attendees a glimpse of the prairies and industrial parks of Acadiana’s northern parishes. The aim: to highlight the economic drivers of these two parishes. Just as important as building awareness was building connections between partners. The theme of “building” continued at each stop during the full-day conference.

Breakfast and Tour at LSU Eunice

The first stop was LSU Eunice where Dr. Kimberly Russell, Chancellor of LSUE and Superintendent Patrick Jenkins spoke. As Dr. Kimberly Russell gave a welcome, the focus turned to the parish’s workforce pipeline LSU Eunice is building. Students from St. Landry and Evangeline are taking regular classes on campus to get collegiate experience. Many of the students can achieve their prerequisites before getting out of high school. Chancellor Russell was also proud to note that: 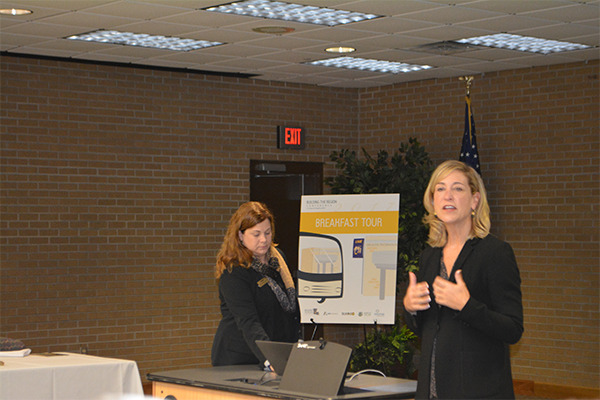 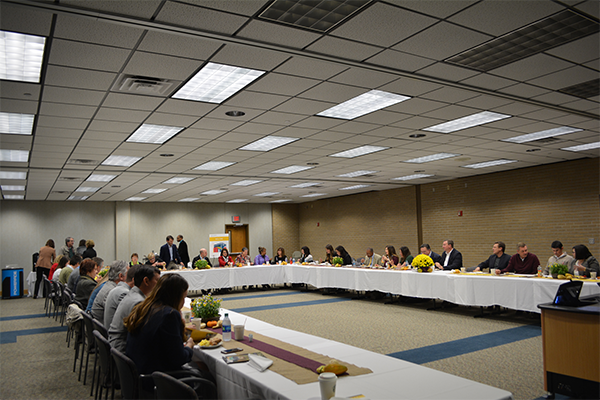 This last year was a bright spot because higher education wasn’t cut. Kim Russell turned her eye to the future saying, “we need to do better with spending from the state.”

“I believe education is the building block; it’s a critical component.” He shared. “We’re the foundation, economically.”

To that end, St. Landry secondary schools are tilling the ground for the future.

The panel at SLCC focused on the thriving industries - natural gas and healthcare have helped shape St. Landry’s economy. Wayne Bordelon of Cabot Corporation; Eugene “Gene” Burge of Savoy Medical Center; Kyle Fontenot of Pine Prairie Energy; and Billy Fontenot of Cameron/Schlumberger provided a snapshot of business growth and why companies like theirs initially chose and remain in Ville Platte – one reason beyond the natural resources: the loyal workforce.

The fact that this panel was held at an SLCC was no accident. SLCC campuses across Acadiana are training many students for these employers and are developing programs to meet the employers demands, especially the region’s dire demand for qualified nurses.

When asked by educators what these employers are looking for they answered: 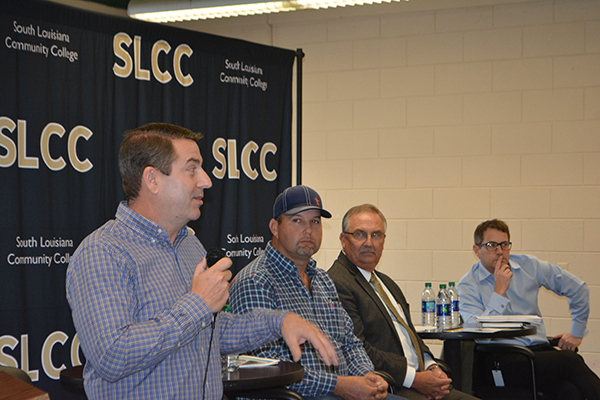 A look at Evangeline Parish would not be complete without a glimpse of its “crown jewels: the food, the people, and the music,” according to Ville Platte Mayor Jennifer Vidrine. She was there to welcome the tour to the historic La Vielle Banque for lunch and a rousing panel discussion. 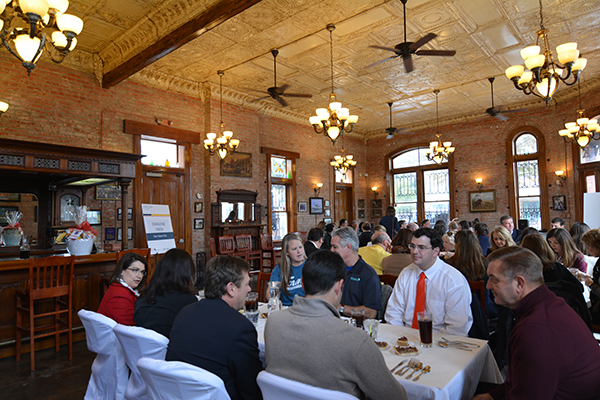 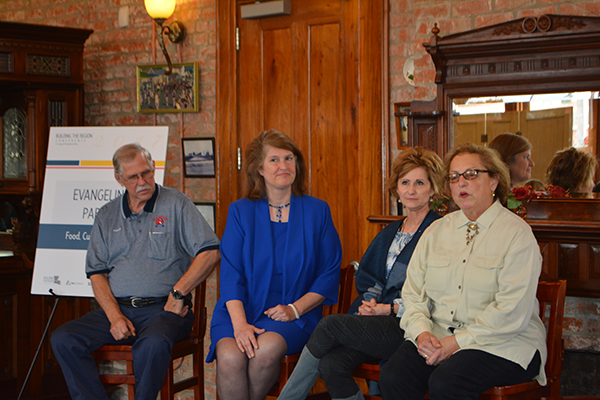 Rhonda Butler, Owner of Goble Gully; Valerie Cahill, Owner of Hotel Cazan; Kermit Miller, Owner of Jack Miller’s Bar-B-Que Sauce; and moderator Camille Fontenot Director of the Ville Platte Chamber of Commerce highlighted how the people of the parish are a highly tangible asset – they build the brand being sold.

Valerie, a business woman whose hotel sees many of the area’s visitors summed things up, saying, “It’s as quirky as it is quaint, and drawing in people from Francophone countries – especially at Mardi Gras, but Ville Platte has capacity, meaning it can take on more.” 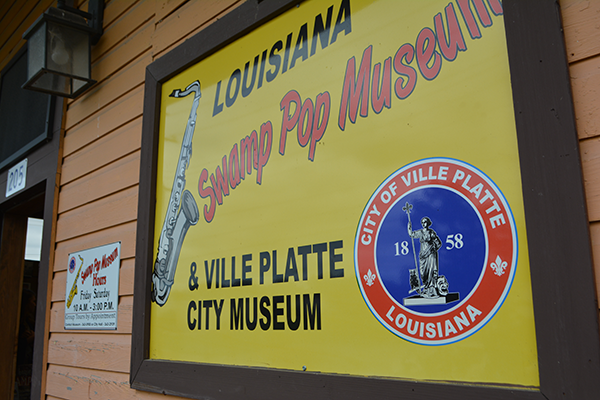 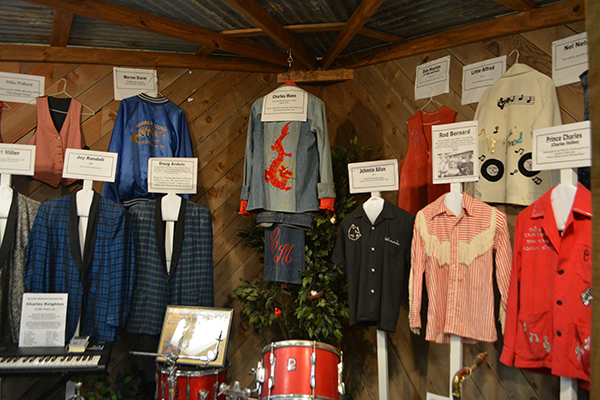 The tour of the Swamp Pop Museum ended the Evangeline leg of the tour. Music is an enduring form of entertainment in Acadiana, and it was Mark Layne’s vision to have a museum for the Swamp Pop genre and declare Evangeline Parish the Swamp Pop Capital of the World. His passion for Swamp Pop Music continues, as he now serves as the General Manager of local radio station KVPI.

A tour of the WalMart Distribution Center showed off the over 1 million square feet of sorting and storing space. 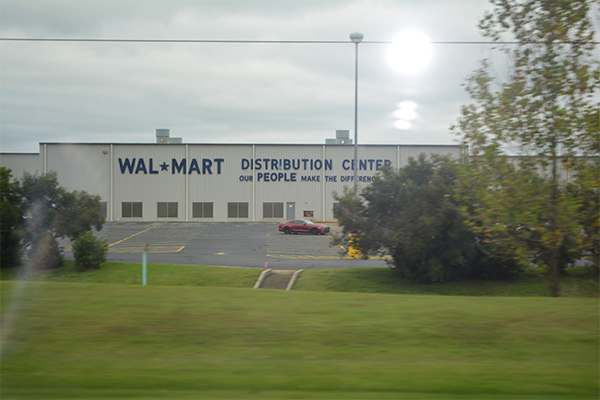 Using Economic Districts as a Blueprint for the Future

The tour wound down with a visit to NuNu Arts and Culture Collective where attendees heard from a panel about Creative Placemaking, something St. Landry Parish is serious about. This parish is tapping into its cultural economy in a unique way and working hard through a Placemaking Taskforce on initiatives like: 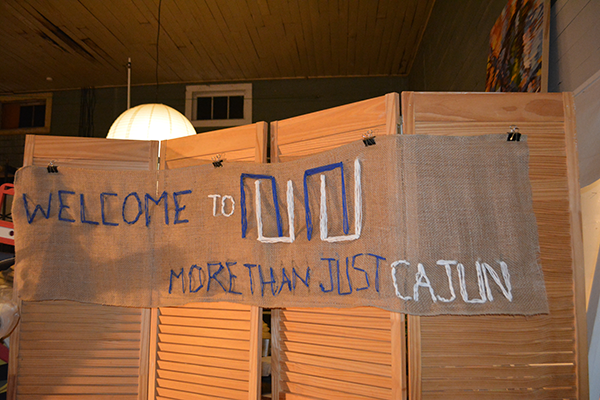 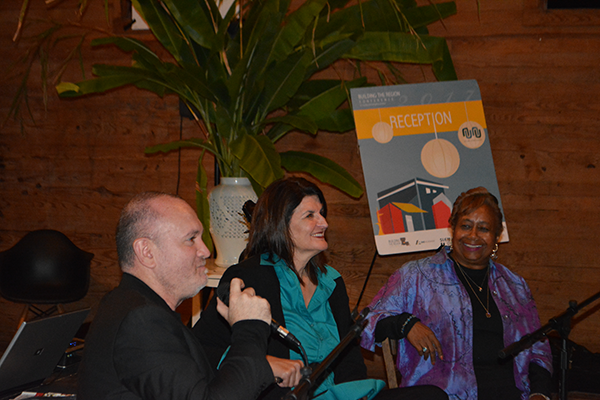 While visual artist George Marks wears many hats, he is also involved in Cherie’s endeavor into placemaking: building “Tee Tiny Houses.” Hers is the first business in Louisiana to do so. The seminal project, named “The Shiny Tiny” by locals is even available to rent on AirBnb and “designed for folks that enjoy unique and creative spaces, especially those interested in the tiny house movement.”

For those who lived and worked in Acadiana for most of their lives, Building the Region Conference meant an opportunity to connect with fellow One Acadiana investors and members, and see first-hand the region’s business growth, culture, and potential. For those new to the area, like Chesley Schaffeld - a brand new employee of member company Towny – Building the Region Conference was the “perfect way to jump feet-first into meeting new people and learn about my new market.