Al Gonsoulin got his start with Petroleum Helicopter International, Inc (PHI) in 2001. At the time it was a company on the verge of bankruptcy. How did PHI, Inc turn it around?

Business leaders from across Acadiana gathered last week to hear Gonsoulin's perspective on what it takes to thrive in today's marketplace, a perspective born from his experience steering the company culture in a new direction, surviving the oil and gas downturn of the mid-80s, and acting on the need to diversify early on.

His leadership, steady approach, and commitment to the company helped accomplish those things and more. Through it all, he has relied on a key ingredient. As the Chairman and CEO of the commercial helicopter operating company, he says it’s all about “attracting outstanding talent to keep growth on track.” 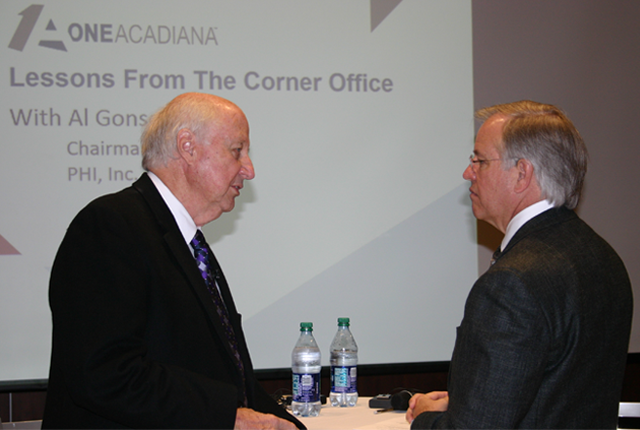 In Gonsoulin’s estimation, South Louisiana’s biggest strength is its workforce. He shared that his experience as one of the region’s major employers has shown him a “very dedicated and long-term” workforce.

“Pick the people with the drive to succeed and give them a chance,” he said.

Gonsoulin pointed out that a major benefit of running the publicly traded company in South Louisiana is the access to “great people with a great work ethic.”

He believes one of Acadiana's biggest opportunities is recruiting outside businesses to the region. PHI’s symbiotic relationship with the oil and gas industry means he knows, as well as anyone, the cyclical nature of oil booms and busts and the need to diversity the Acadiana economy.

“The hardest thing to do is to lay off people,” he shared. Facing strong headwinds from the cyclical swings in oil and gas, the strategy PHI  put in place was to expand into aeromedical, “oil and gas has always been cyclical, so PHI diversified.” He says Acadiana should continue to do so.

To him, the education system is the challenge. When recruiting new talent to PHI, their biggest concern is often where their children will be educated. Seeing this issue first hand is one reason Gonsoulin has remained a strong supporter of One Acadiana’s initiatives, especially those addressing workforce development on a regional level. To that end, he believes improving public education is a priority he and other community leader need to keep at the forefront. 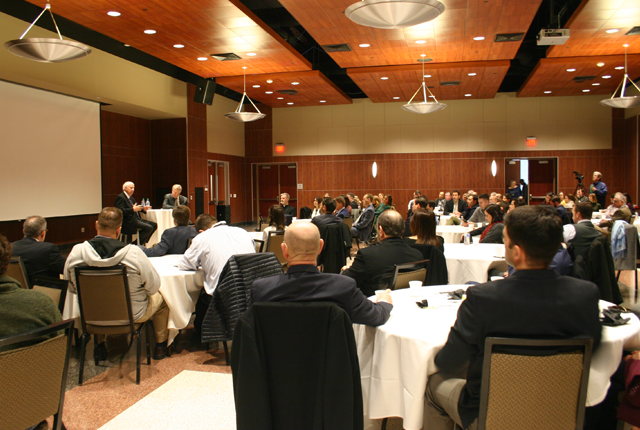 PHI is known as one of the safest helicopter operations in both oil and gas and aeromedical in the world. In answering how to run an efficient and safe organization he shared, “Always be looking to the future”.

Besides having a succession plan, Al advises that every company put one in place. Every company, no matter what industry, has the same problem: “Everyone has an aging workforce. We all need to be replaced. As we attract young folks they need to have a balanced approach to work and life. That’s something I implemented for myself recently.”

On Success: “I’ve only been successful because I’ve had good people around me.”

On Making Decision: Al subscribes to “The Whole Picture Theory.” Making good decisions, to him, means thinking of the other pieces of the puzzle that decision will affect, whether it’s his employees, their families, or beyond. His saying is “It’s not about me, it’s about we.” 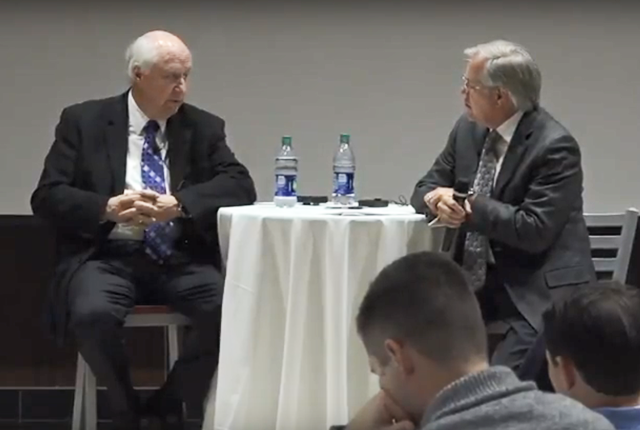 On dealing with failure, he shared: “We can only do the best today. Focus on today, forget about yesterday, tomorrow is not here yet.”

His take on faith, family, and fortune: “When I get those out of order, I’ve got a problem.”

A top trait he says emerging leaders should display: Humility. He shares, “be willing to listen and learn. Listening to people with experience has kept me out of trouble.”