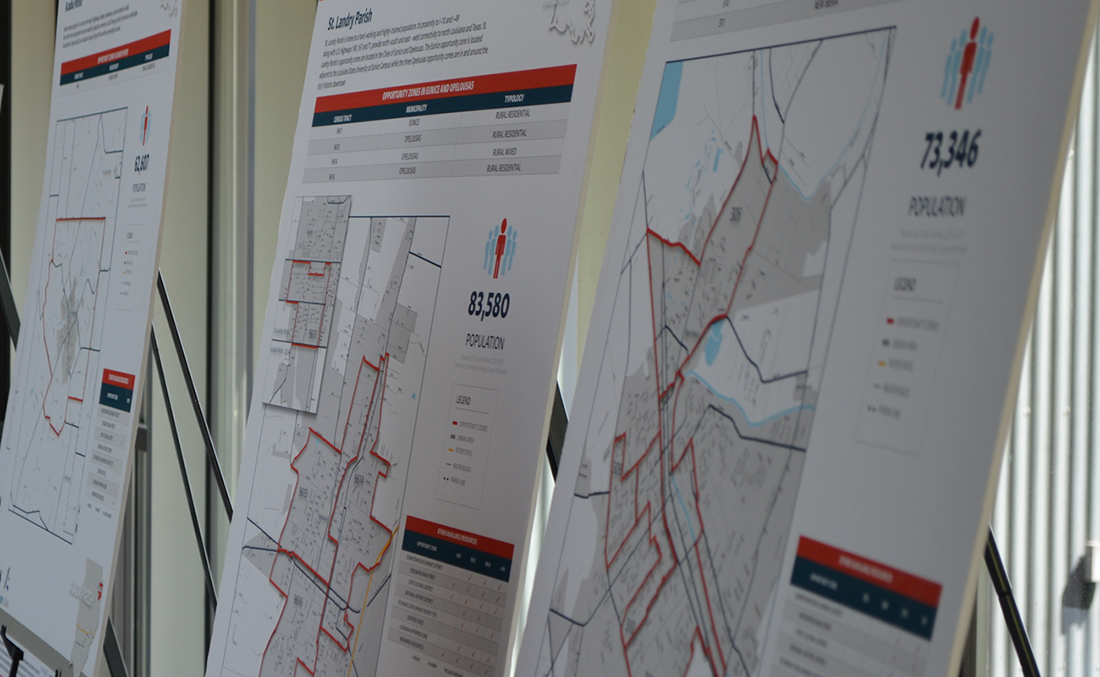 The grant announcement came as Scott Turner, a top official with the White House Opportunity and Revitalization Council, met with Acadiana and state officials, and community members.

The grant will "hopefully bring about some new influx of capital into your OZs," Caldwell said.

Turner and the delegation will be in Lafayette on Wednesday.

Opportunity zones are low-income areas where developers can receive tax breaks and incentives. Seven census tracts in the north and central parts of Lafayette with about 29,000 residents were designated through the federal Tax Cut and Jobs Act of 2017.

The grant money will go toward the InvestAcadiana website, which is a collaboration between the Acadiana Planning Commission and One Acadiana. Caldwell said the grant will help APC build a prospectus — an advertisement to draw in investors — and create a virtual clearinghouse for the opportunity zones.

Turner met with dozens of community and government leaders Tuesday morning at the Opelousas Civic Center, including aides to Louisiana's congressional delegation and several local mayors and city council members.

In an impassioned speech to the attendees, Turner emphasized that opportunity zone revitalization is "not a check-box initiative for the White House."

"We are not here for politics," Turner said. "Poverty is not just urban. Poverty has no color. Poverty is black, white, brown. Revitalization has no party. It’s not Democrat, it's not Republican."

A few of the mayors asked questions on how they could better attract developers to the zones in their areas or about the possibility of moving or adding zones. Eunice Mayor Scott Fontenot said an opportunity zone in his city does not include many of the areas that need development, but Turner said it would require an act of Congress to amend zones now.

"At this point, there won’t be any more opportunity zones designated or certified," Turner said. "At this point, they’re certified for 10 years. The best way to get additional zones or to get lines moved is that we are successful with the zones we have currently."

Turner and Boulet both stressed to the community members and government leaders that they need to develop a vision for the opportunity zones before potential redevelopment could begin.

Caldwell said cities should begin working to ease burdens for investors and developers as soon as possible, and Turner urged attendees to be creative in their ideas for these spaces.

“This is a green light to be creative," Turner said.