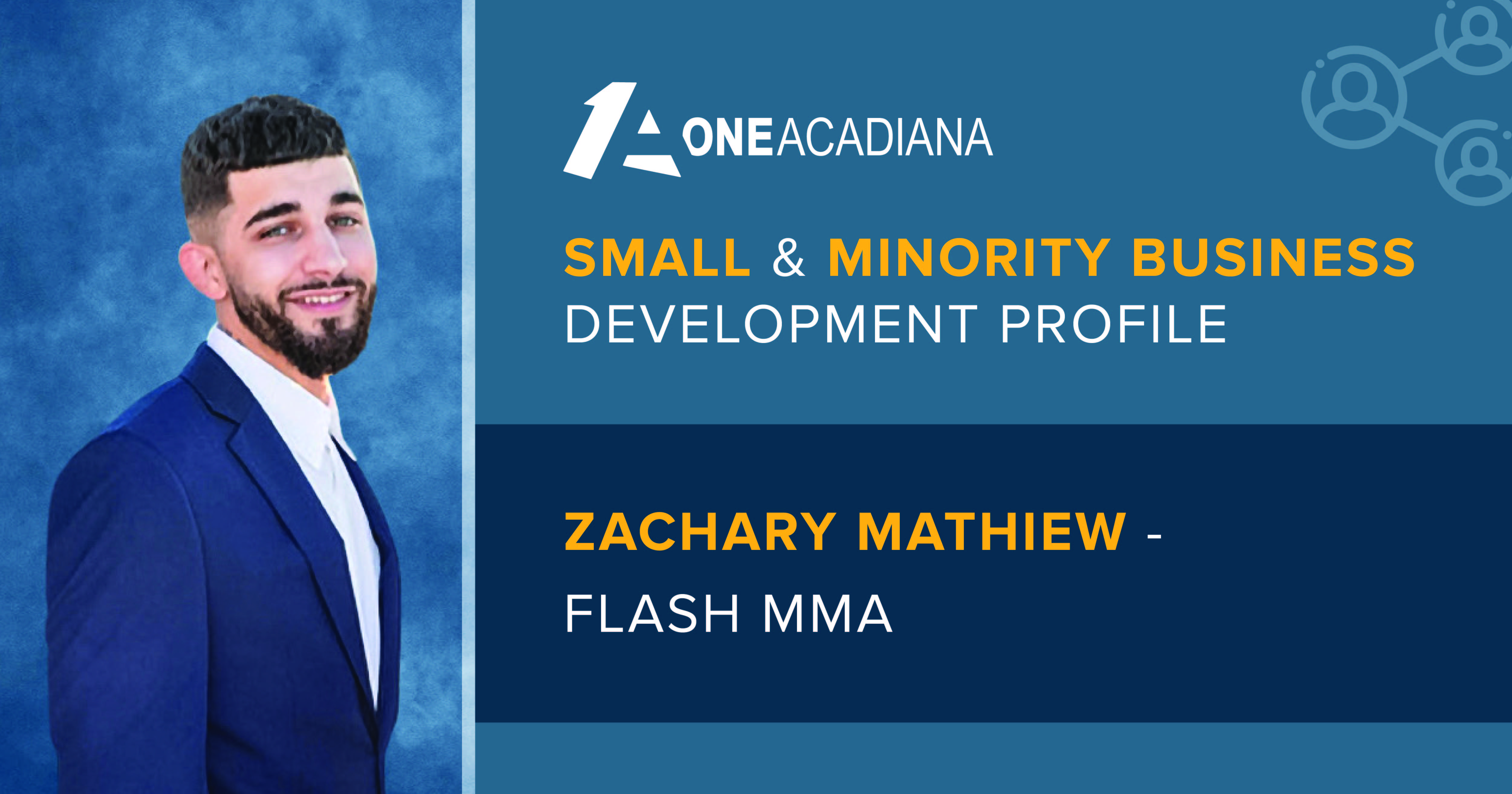 A Business Worth Fighting For

Fighter. Trainer. Business-owner. Zachary Mathiew is all these things and is no stranger to overcoming obstacles and opponents. For many years, Zachary juggled his professional fighting career, a full-time job, and training other fighters. In the arena, he earned himself the nickname “Flash” for how quickly he ended fights. As 2020 dawned, Zachary brought the idea of starting his own gym up to his trainer. His trainer offered his full support and encouraged him to take a leap of faith. With that, Flash MMA was born.

“With COVID-19, plus getting laid off from my job,” Zachary said, “I felt like the universe was guiding me into what I really needed to be doing, so I didn't fight it, and everything fell into place.”

Ahead of the Pack with Flash

Flash MMA distinguished itself from its competitors right out of the gate.

“Everyone goes to MMA gyms based on classes,” Zachary said. “So, one-on-one training is a little unusual.”

Zachary’s vision was to create a gym focused on one-on-one training, something he was already doing through his previous MMA gym membership, rather than classes. This turned out to be a wise decision as COVID-19 began to rise just as he launched his endeavor. As unusual as it was, Zachary was already ahead of the pack. Where most gyms held group classes and had to shut down to figure out their next moves, Zachary found his one-on-one clientele continue to grow month over month. Through his unique approach, Zachary encountered and overcame his first business opponent – COVID-19.

Fighting Is A Passion

Owning a gym was not something Zachary thought about when he was younger. He started out like most children, interested in any and every sport. Then at 13, MMA fighting caught his attention, and he was hooked. He became the kid who trained hard in the gym, and that dedication transformed into an interest in training others. As he grew older and worked his 9 to 5 job, the desire to train remained strong.

“When I worked, I wanted to be training,” he said.

It was a passion that could not be dimmed. Now, as the owner of Flash MMA, that passion burns just as brightly and fuels most of his waking hours. What kind of stamina does it take to run Flash MMA?

“My routine does vary a little,” Zach shares, “but usually I’m up at five in the morning to begin training others. At two o’clock, I’ll usually train myself, then go back to training others at four o’clock and, I don’t stop until around 11 at night.”

His stamina and passion are what he imparts to his clientele, no matter their fighting background.

“We don’t just train fighters; we train everyday people. You don’t have to be a fighter to train. I take people to the next level.”

Even after launching the business, Zachary had his doubts but stayed the course.

“There were times when I did not know it would work but knew in the back of my mind it was what I needed to do.”

“Any question I asked was answered,” Zachary shared of his experience with SMB Program Manager Corey Jack of Jack and Associates.

When asked what it meant to him to have his own business up and running, Zachary said it meant having many doubts about whether or not it will work but overcoming that doubt by “truly believing in your vision and putting 100% into it.”

Though he is currently a full-time staff of one, Zachary has two part-time trainers and hopes to bring them on board full-time soon. Zachary has the support of the tight-knit fighting community, and though his enterprise is still in its infancy, Flash MMA shows no signs of slowing.

“My next move will be to get a bigger building.” Zachary shared.

Since Flash MMA has now outgrown its current space, it seems only a matter of time before it picks up momentum and knocks this next challenge out.