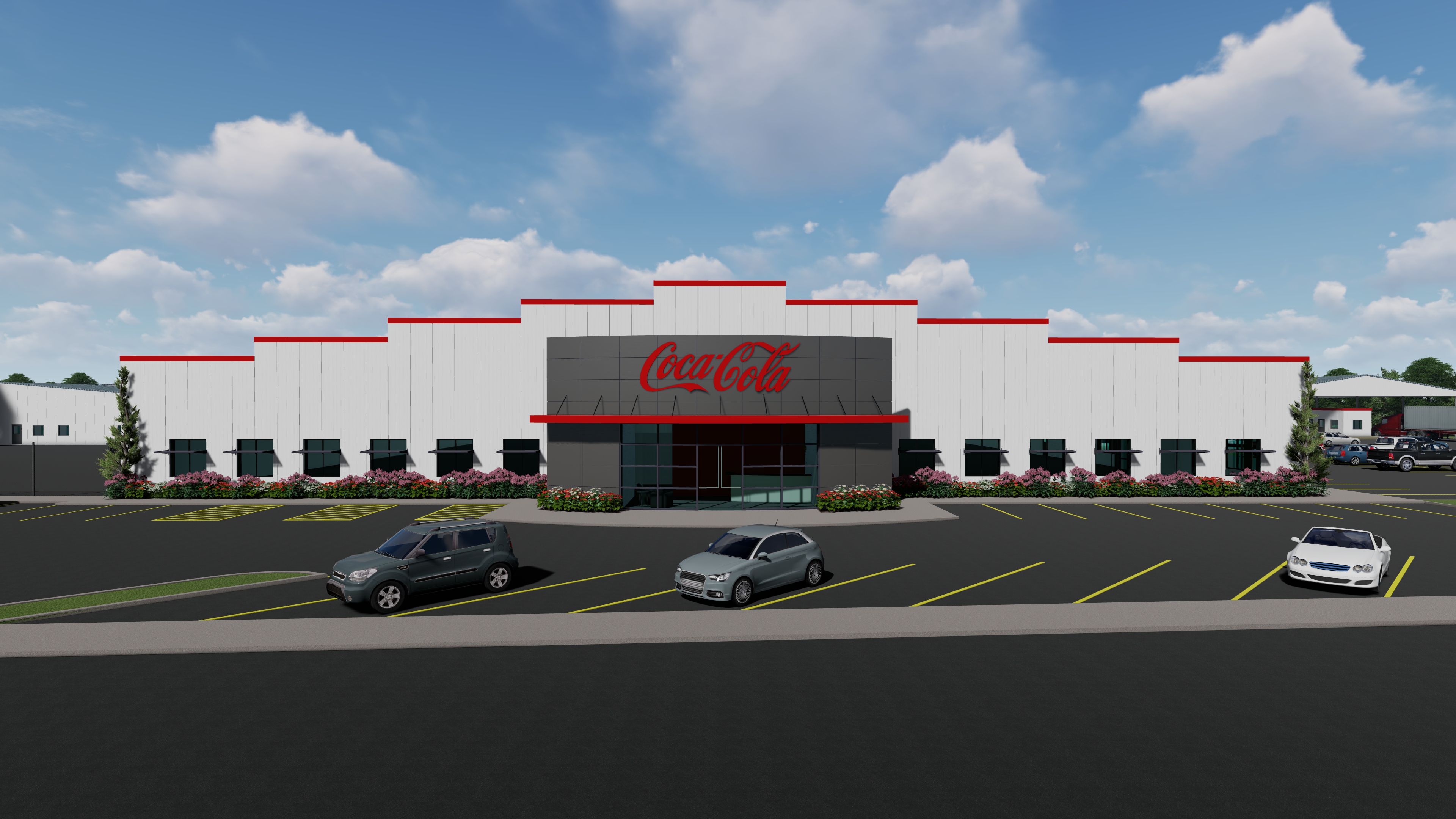 Birmingham, Alabama (July 14, 2021) – Coca-Cola Bottling Company United, Inc. (UNITED) has announced plans to invest more than $15 million in its Lafayette, Louisiana facility for renovations that will benefit its associates, customers and surrounding communities.

“With these improvements, we will create an enhanced working environment for our associates and provide a higher level of service for our customers and communities for years to come,” said Coca-Cola UNITED Louisiana Division Director Scott McCallister.

“This investment is another example of Coca-Cola UNITED’s long-term commitment to the Lafayette area and the state of Louisiana.  We appreciate the great support from the community,” said Chris Alack, Lafayette Coca-Cola Sales Center Manager.

A phased construction that will allow Lafayette associates to continue to work out of the facility is scheduled to begin in early 2022 with completion by mid-year 2023. Once the project is complete, Alack said Lafayette Coca-Cola will better serve its market with more efficient deliveries to customers.

The renovation is the latest chapter in Lafayette Coca-Cola’s 102-year history. Previously located on the corner of Johnson and Jefferson streets and later University and Cameron streets, Lafayette Coca-Cola moved to its current facility on Eraste Landry Road in the 1970s. Today, Lafayette Coca-Cola employs 230 associates, serves nearly 3,400 customers and sells and distributes 6.4 million cases of Coca-Cola products annually. Those interested in careers at Lafayette Coca-Cola are encouraged to visit the website careers.cokeonena.com/united.

Coca-Cola Bottling Company United, Inc., founded in 1902 and headquartered in Birmingham, Alabama, is the second largest privately held Coca-Cola bottler in North America and the third largest bottler of Coca-Cola products in the U.S.  Now with its fifth generation of family working in the business, Coca-Cola UNITED has approximately 10,000 associates located in more than 60 facilities across six southeastern states (Alabama, Florida, Georgia, Louisiana, Mississippi, and Tennessee).  Historically significant franchises within our Coca-Cola UNITED family include Chattanooga, the world’s first Coca-Cola bottler; Atlanta, home of the worldwide Coca-Cola System; and Columbus, Georgia, development site of the original Coca-Cola formula.

For 119 years, Coca-Cola UNITED has remained true to its foundational core values of Quality, Excellence, Integrity and Respect.  Local relationships, personalized customer service, and strong community engagement have been the foundation of our business for more than a century.  Each year, millions of dollars are invested in our local communities, supporting education, community development, sustainability and nonprofit organizations that empower and impact those in need.