Louisiana's Legislature wrapped up their once-a-decade special session on redistricting February 18, two days ahead of schedule.

(Click the bill numbers above to access the approved legislation. Maps are included in the adopted bill text or final adopted amendment.)

Lawmakers also debated redrawing the state Supreme Court districts for the first time in 25 years but failed to reach the 2/3 majority of each chamber required.

1. Will the Governor veto any of the maps?
2. How will expected legal challenges play out?

If the approved Congressional map is upheld, One Acadiana parishes would be represented as follows: 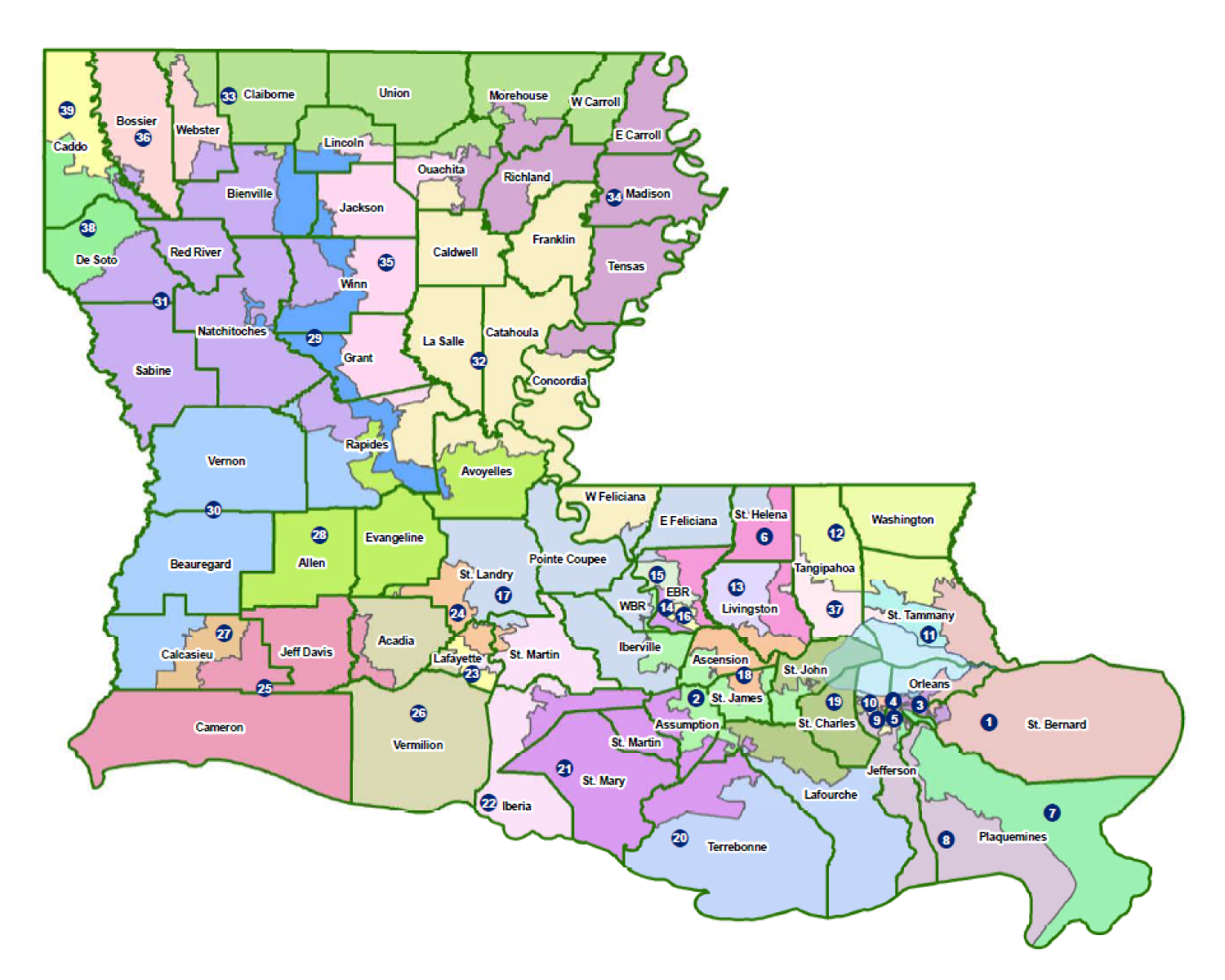