1. Give us a brief history of your organization.

Interstate Batteries was founded in 1952 with a history as rich as our brand. This year Interstate celebrated its 70th Anniversary as a system and this local independently owned distributorship has serviced the Acadiana region for the past 50 years.

2. What would you tell the rest of Acadiana makes you special?

Quality of Life is Calling for Lafayette Residents

For the second year, Lafayette Parish residents who want to help improve quality of life in the community are being encouraged to “answer the call.” A literal call. Taking approximately 15 minutes, the QOL Survey will be conducted through both landlines and cell phones across Lafayette Parish. A randomly sampled cross section of residents will receive this call.

Who will step up and be the driving force behind a vibrant downtown in Lafayette?

PENSACOLA, Fla. — Businessman and philanthropist Quint Studer had a vision for downtown Pensacola, one that would make it attractive to young people and entrepreneurs. He had the personality and drive to communicate that vision. He also had the resources to get the revitalization effort off the ground.

In Pensacola, they are winning the war for young talent. Can Lafayette do the same?

PENSACOLA, Florida — D.C. Reeves walked away from a job covering Nick Saban and the Alabama Crimson Tide after he got a phone call from Pensacola philanthropist and businessman Quint Studer.

Studer, founder of the Studer Community Institute and a driving force behind the economic revival in this picturesque Florida panhandle city, invited Reeves, a native of Pensacola, to move back in 2015 for a job as his chief of staff. Reeves was like many others his age who had put the city in his rear-view mirror after high school, but he accepted.

A Pensacola ballpark spurred downtown growth and retained young talent. Can Acadiana do it too?

PENSACOLA, Florida — Nestled along the shoreline of picturesque Pensacola Bay, the cozy, sun-splashed Blue Wahoo Stadium been honored more than once for having one of the best views of all Double-A baseball parks in the country.

And there was an idea at one time to build it miles away next to an interstate highway.

Streva Productions is a theater production business that directs, creates, and produces short films, community theater theatrical performances, and music videos. The company is owned by Teresa Streva and her husband, Philip, who together have over 16 years of experience in community theater. They have been involved in all aspects of theater, from acting, set design, set artist, directing, and now producing.

On August 18, CGI held a ceremony at their Lafayette facility for the first four graduates of their software developer apprenticeship program. One Acadiana supports this apprenticeship model, as it helps our region get closer to our 55 by 25 goal.

1. Give us a brief history of your organization.

Community Foundation of Acadiana’s (CFA) board of directors is pleased to announce it has named Missy Bienvenu Andrade as its new President & Chief Executive Officer, following an extensive search and selection process to identify the organization’s next leader.

LAFAYETTE, LA – Advancial Federal Credit Union is excited to officially launch its 2022 Swipe and Support campaign to raise funds for Acadiana Animal Aid. The announcement was officially made on Thursday, September 1 during a ribbon cutting located at Advancial’s branch on Kaliste Saloom Road. 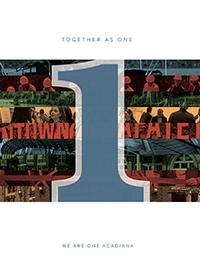 Click the play button above to watch One Acadiana President & CEO Troy Wayman on the Louisiana Business & Industry Show. 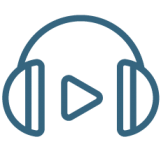 Click the icon to listen to One Acadiana President & CEO Troy Wayman give updates on One Acadiana's progress and initiatives on OUT TO LUNCH.